by Loweboy, The Last Monroe 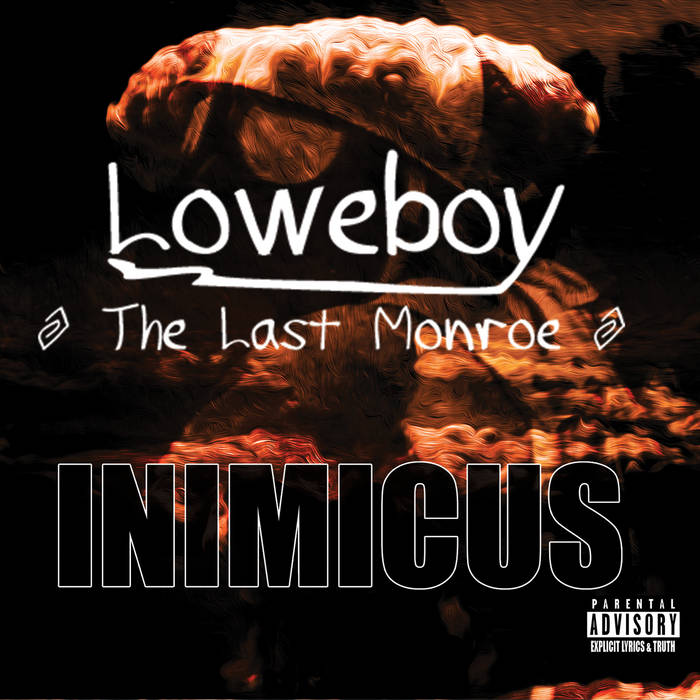 Inimicus has been used since the earliest days of warfare. It is Latin for “enemy” and in naming his first album this way, Loweboy shows us how war is the enemy of mankind.

The songs of Inimicus are not “pretty,” “peaceful,” or “harmonious.” They drive intensely, relentlessly, through the terrain of the destruction war causes – from the death of innocents to the neglect of veterans; Inimicus demands accountability from the warmongers of capitalism to each person’s inner identity; and points the finger of blame like a laser on political and material greed and the mania of religious terrorism, be it Christian or Muslim.

This album is intense enough to light a fire of awareness and activism in an apathetic generation. It asks its audience to think, to see the realities behind the spin – it asks them if war is any way for a society to survive.

“These songs are not the folksy Dylan-esque fare of typical political protest ‘anthems.’ At times, they’re hard to listen to, the imagery they invoke hard to witness. But the lyrics are powerful poetry, the melodies haunting, and you’re left asking what the hell are we doing to each other.”

Joshua Monroe Lowe was born in Greenville, South Carolina, and grew up in the small town of Travelers Rest. With a natural curiousity and overwhelming thirst for answers he began to develop the consciousness of humanity's injustices and hypocrosies that informs and drives his music, as well as the strong work ethic that supports the variety of work he does. ... more

Bandcamp Daily  your guide to the world of Bandcamp